Previously known as RAF Coltishall, the site boasts a rich history and was operational between 1939 and 2006 before it became known as Scottow Enterprise Park.

Scottow Enterprise Park is based at the former RAF Coltishall air base, which operated between 1939 and 2006. During its 67 years in service, RAF Coltishall played a role in a number of conflicts, including the Second World War, Cold War, Bosnian War, Gulf War and the Iraq War.

Due to the nature of the site, and its history, there is a need to build on this past, and capture the spirit of those airmen and women. The legacy should be both aspirational and inspirational.

The Former RAF Coltishall Conservation Area encompasses and protects the full SEP area along with some of its surroundings.

The Scottow Enterprise Park team is working in partnership with the Spirit of Coltishall Association (SoCA) to both remember and celebrate when the site was RAF Coltishall. SoCA and the SEP team are working in collaboration to protect the site’s heritage in a manner that is both viable and sustainable.

Spirit of Coltishall Association works with the team at Scottow Enterprise Park to: 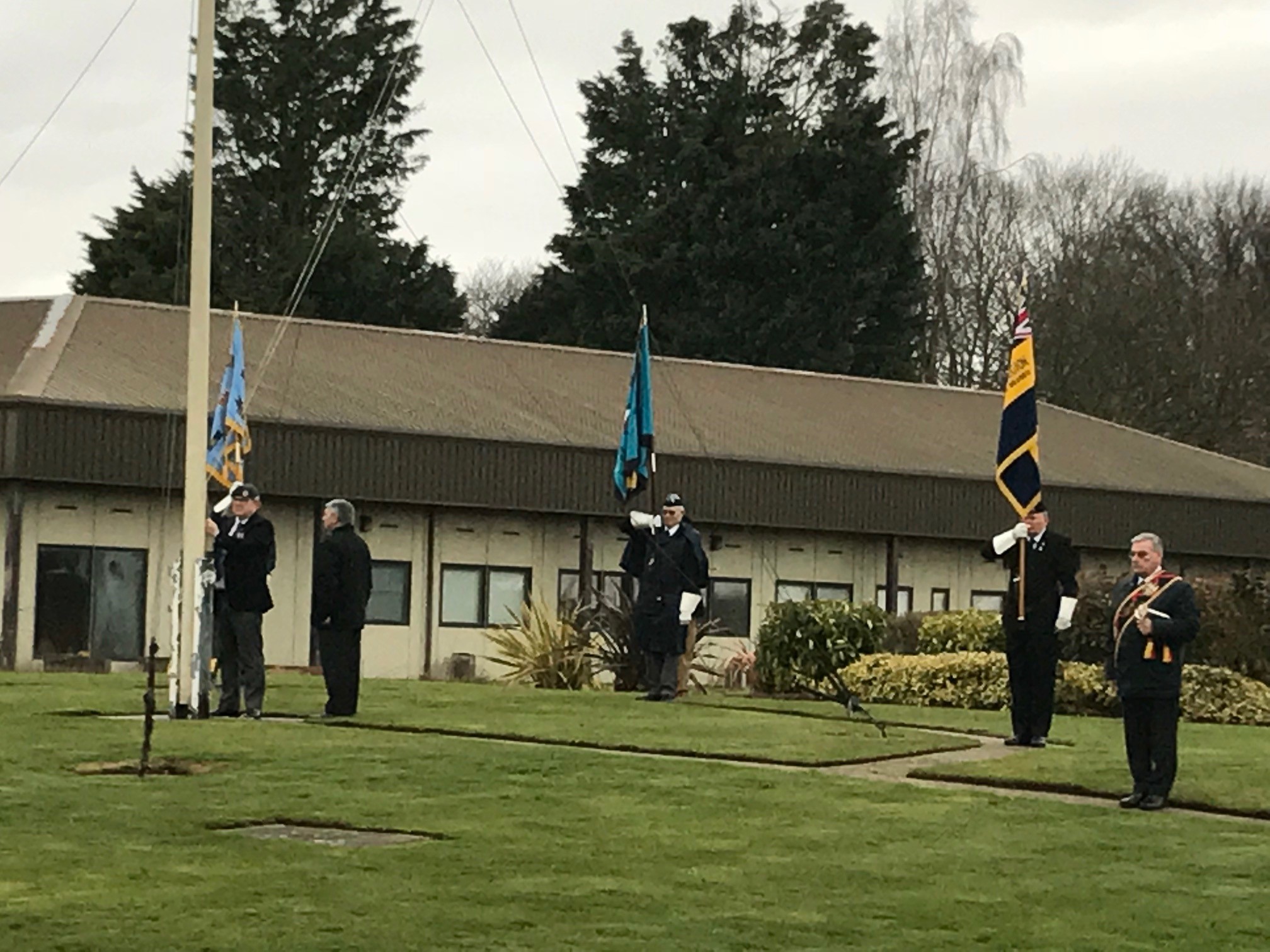 During its prime, RAF Coltishall was a flourishing military base with many individuals involved in its running. Many acts of bravery were displayed by these courageous men and women, with some receiving legendary status. 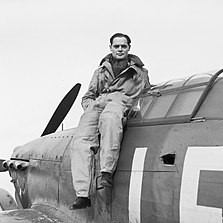 Sir Douglas Bader was a Royal Air Force flying ace during WW2. Bader began his flyer career in 1930, but was shortly after made a double leg amputee during an aircraft accident. The tragic disaster did not deter him, however. When the Second World War broke out in 1939, Bader returned to the RAF as the leader of No. 242 Squadron. The Squadron was based at RAF Coltishall and operated Hawker Hurricanes. Bader was tasked with raising the morale of the squad which mainly consisted of Canadian pilots who had sustained high losses in the Battle of France. Sir Douglas succeeded, transforming 242 Squadron into an effective fighting force!

Bader’s escapades were immortalised in the 1954 biography, ‘Reach for the Sky’, and the 1956 film of the same name. During his flying career, he was credited with 22 aerial victories, four shared victories, six probables, one shared probable and 11 enemy aircraft damaged. Even after being captured as a prisoner-of-war, he made several attempts to escape the camp he was imprisoned in. After Sir Douglas retired from the RAF in 1946, he became a proud campaigner for the disabled community and was rewarded with a knighthood in 1976. 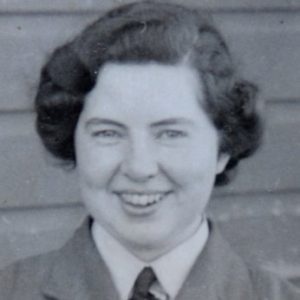 RAF Coltishall could never have operated during the Second World War without the help of the men and women who kept the base, and the aircrew, running. Joan Osborne- Walker was one of these individuals. After joining the RAF at the age of 18, she worked at RAF Coltishall between 1941 and 1943.

Osborne-Walker served in the base’s Officer’s Mess, looking after the Women’s Auxiliary Air Force and RAF officers. These offices included Colin Hodgkinson, Percy ‘Laddie’ Lucas, Howard ‘Cowboy’ Blatchford, plus Jon ‘Cat Eyes’ Cunningham and Robert Stanford Tuck. Of her colleagues, she said ‘it is very important to remember this era. These lads gave their lives and were a great lot’. 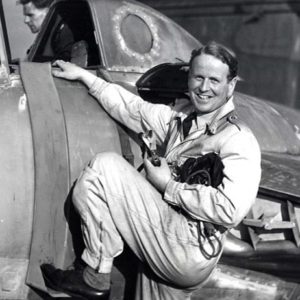 John Cunningham was a decorated World War Two pilot, based at RAF Coltishall. He flew out from the airbase to defend Britain against waves of German aircraft and was the first pilot to down an enemy using radar technology. Cunningham became the leading RAF night fighter pilot of World War II, chalking up twenty kills.

Because Cunningham specialised in flying at night, he earned the nickname ‘Cats-Eyes’. Interestingly, the British government created a cunning myth to disguise the fact that they were using radar technology from the Germans. They credited the UK night pilots’ success at shooting down enemy planes to carrots, which they claimed enhanced their ability to see in the dark! 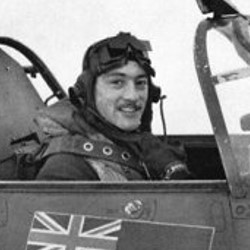 Robert Stanford Tuck was a British fighter pilot, flying ace and test pilot. He joined the RAF in 1935 and was posted to RAF Coltishall in 1940 as the leader of No. 257 Squadron. He was an instrumental flyer during the Battle of Britain, for which he won a second Distinguished Flying Cross. He was described by the London Gazette as having ‘displayed gallant and determined leadership’.

By the end of 1940, Tuck had shot down at least 18 aircraft during his flying career. He would go on to carry out more missions for the RAF until his capture by the Germans in 1942. As a prisoner-of-war, Tuck was involved in the planning of the legendary ‘Great Escape’ at Stalag Luft III camp, which inspired the 1963 film starring Steve McQueen. 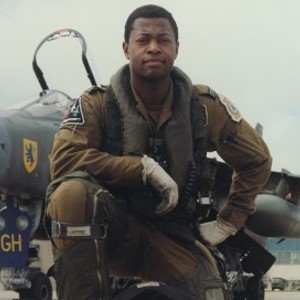 Trevor Edwards was born in Woolwich, East London, to West Indian parents who had migrated to Britain in the 1960s. Edwards joined the RAF in 1985 as an officer in the RAF Regiment, the specialist corps of soldiers who carried out tasks on the ground for the RAF. He later transferred to aircrew, beginning his flying training in 1987. Edwards received his ‘wings’ at RAF Valley the following year, coming top place on his Tactical Weapons course. He became a fighter pilot,  flying Jaguars, and eventually joined No. 54 Squadron at RAF Coltishall.

Edwards said of his flying career ‘I consider myself to have been a very ordinary London kid who was trained by the RAF to do very extraordinary things!’.

For general enquiries and to find out more about Scottow Enterprise Park, contact our friendly team!

If you’re looking for new commercial premises for your business, or are after some self- storage, Scottow Enterprise Park is the place for you!

Want to Discover More About Our Heritage?

This website uses cookies to improve your experience while you navigate through the website. Out of these, the cookies that are categorised as necessary are stored on your browser as they are essential for the working of basic functionalities of the website. We also use third-party cookies that help us analyse and understand how you use this website. These cookies will be stored in your browser only with your consent. You also have the option to opt-out of these cookies. But opting out of some of these cookies may affect your browsing experience.
Necessary Always Enabled
Necessary cookies are absolutely essential for the website to function properly. These cookies ensure basic functionalities and security features of the website, anonymously.
Functional
Functional cookies help to perform certain functionalities like sharing the content of the website on social media platforms, collect feedbacks, and other third-party features.
Performance
Performance cookies are used to understand and analyse the key performance indexes of the website which helps in delivering a better user experience for the visitors.
Analytics
Analytical cookies are used to understand how visitors interact with the website. These cookies help provide information on metrics the number of visitors, bounce rate, traffic source, etc.
Others
Other uncategorised cookies are those that are being analysed and have not been classified into a category as yet.
SAVE & ACCEPT
Powered by