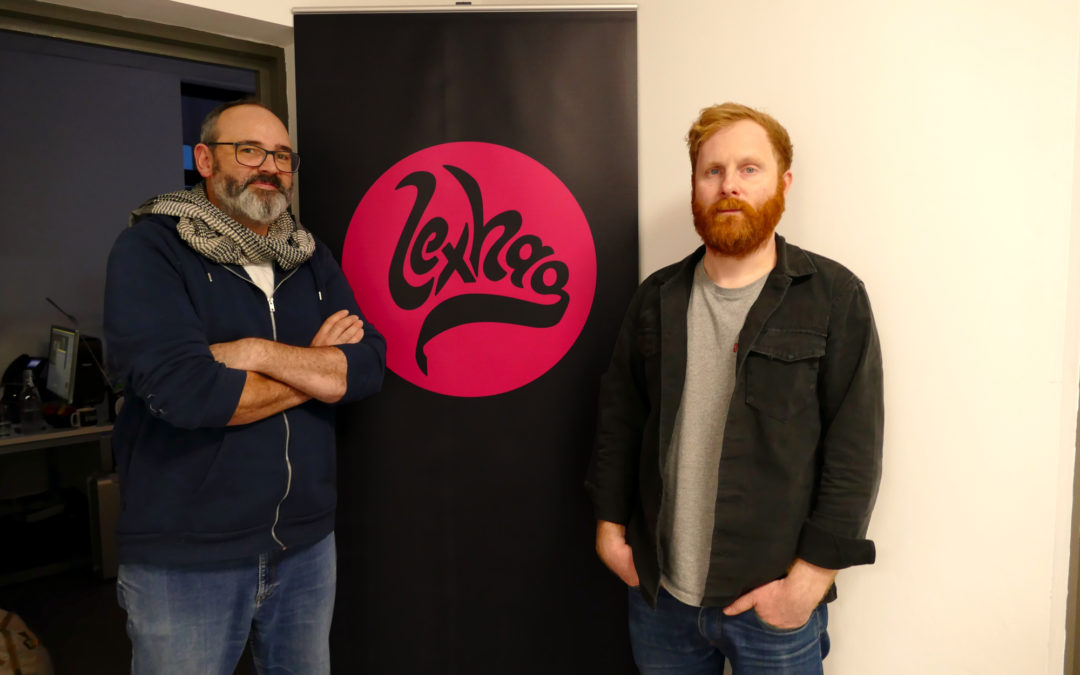 Lexhag VFX takes centre stage for the winter edition of our Tenant Spotlight. For the past 10 years based solely in Soho, London, the Lexhag team expanded this year, opening their second studio at Scottow Enterprise Park in Building 295, Lexhag East.

Lexhag discovered the site upon the recommendation of October Film Studios, fellow Scottow Enterprise Park tenants who use the site for film production. Lexhag’s decision to base themselves here was prompted by their interest in the unique and historical site, plus the future potential of Scottow Enterprise Park as a hub for film creation. Also influencing their decision was the introduction of Ofcom rules promoting filming and production outside of the M25 area to increase job opportunities in other areas of the UK.

Specialising in visual effects for film and television, Lexhag VFX work with a mixture of practical and digital effects – the business is one of the few effects companies in the world offering a dynamic combination of both specialisms, making them truly one of a kind. The types of services provided by Lexhag VFX include working with green screens and high-definition LED screens, and a mixture of 2D and 3D effects. The Lexhag team is made up of a diverse collection of talented VFX artists who have a vast range of experience in TV and film production from British TV classics such as Poldark to movie blockbusters like Harry Potter.

The history of Lexhag begins in 2009 when Alexis Haggar left his background of TV advertising behind. Originally starting up his special effects company in a barn, over the years Lexhag grew massively into the success it is today. From creating productions for Secret Cinema, adding in effects such as ghosts throwing playing cards into the air, to working on small, independent films after moving into their Soho studio. This was followed by a transition into television, producing the special effects for Dead Set, the 2008 series written by Charlie Brooker, fictionalising a zombie outbreak which occurs everywhere in Britain apart from the Big Brother house. Lexhag has since worked on shows such as The Innocents, Riviera 2, Poldark, Avenue 5 and much more.

The much-anticipated Agatha Christie adaptation for BBC One airing on the 9th of February is their first completed show out of the new Lexhag East studio at Scottow. This work included making a period drama look realistic – turning backdrops from modern times into the appropriate era. This involves the painting out of modern clues that would give the game away, such as burglar alarms, signs, streetlights and cabling.

Founder, Alexis Haggar, said of the company and its expansion to Scottow Enterprise Park: “The site offers an exciting creative and commercial opportunity for us – the space, the creative locations and the potential for on-site partnerships with current and new tenants plays to our strengths as a hands-on, collaborative VFX team and helps us offer something unique to our clients”.

To find out more about Lexhag and their incredible work, visit their website at: https://lexhag.co.uk/

This website uses cookies to improve your experience while you navigate through the website. Out of these, the cookies that are categorised as necessary are stored on your browser as they are essential for the working of basic functionalities of the website. We also use third-party cookies that help us analyse and understand how you use this website. These cookies will be stored in your browser only with your consent. You also have the option to opt-out of these cookies. But opting out of some of these cookies may affect your browsing experience.
Necessary Always Enabled
Necessary cookies are absolutely essential for the website to function properly. These cookies ensure basic functionalities and security features of the website, anonymously.
Functional
Functional cookies help to perform certain functionalities like sharing the content of the website on social media platforms, collect feedbacks, and other third-party features.
Performance
Performance cookies are used to understand and analyse the key performance indexes of the website which helps in delivering a better user experience for the visitors.
Analytics
Analytical cookies are used to understand how visitors interact with the website. These cookies help provide information on metrics the number of visitors, bounce rate, traffic source, etc.
Others
Other uncategorised cookies are those that are being analysed and have not been classified into a category as yet.
SAVE & ACCEPT
Powered by